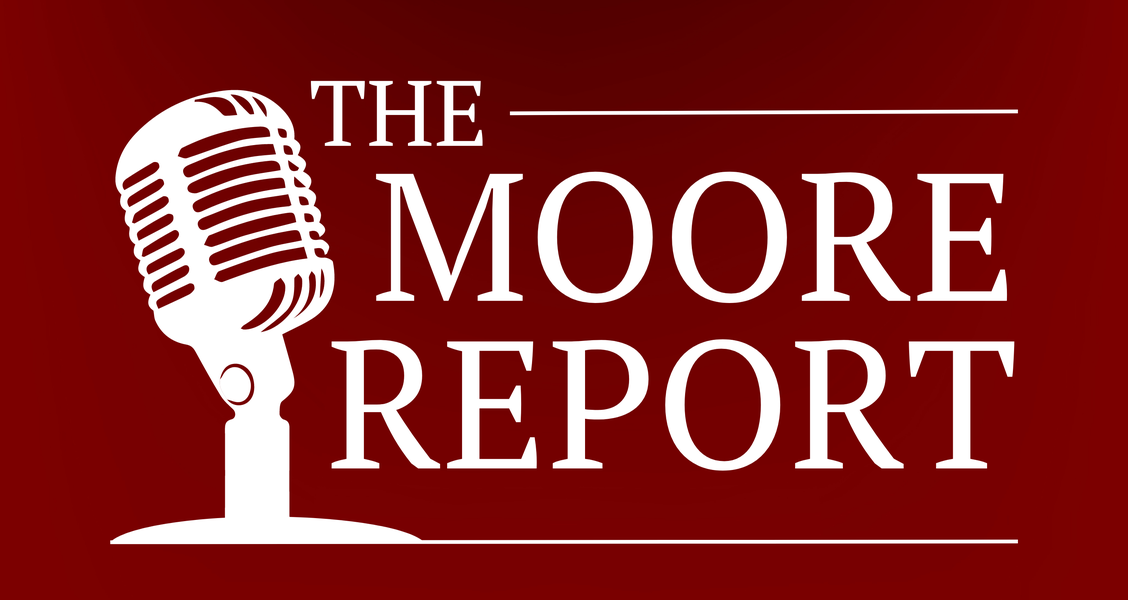 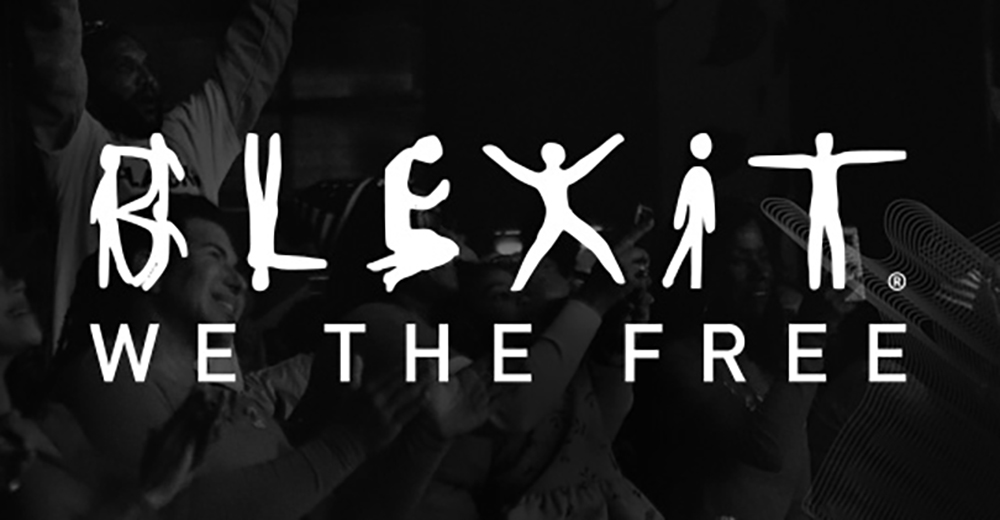 The Georgia Republican Assembly was pleased to participate in the BLEXIT Christmas Party this past weekend, and show our support for the work of this movement of Black Americans who are Exiting the Democrat Party with its Big Government woke nonesense!

Originally founded by Candace Owens, the BLEXIT organization in Georgia is run by a fantastic group of dedicated leaders, including Jay Andrews. We would encourage you to learn more about them! 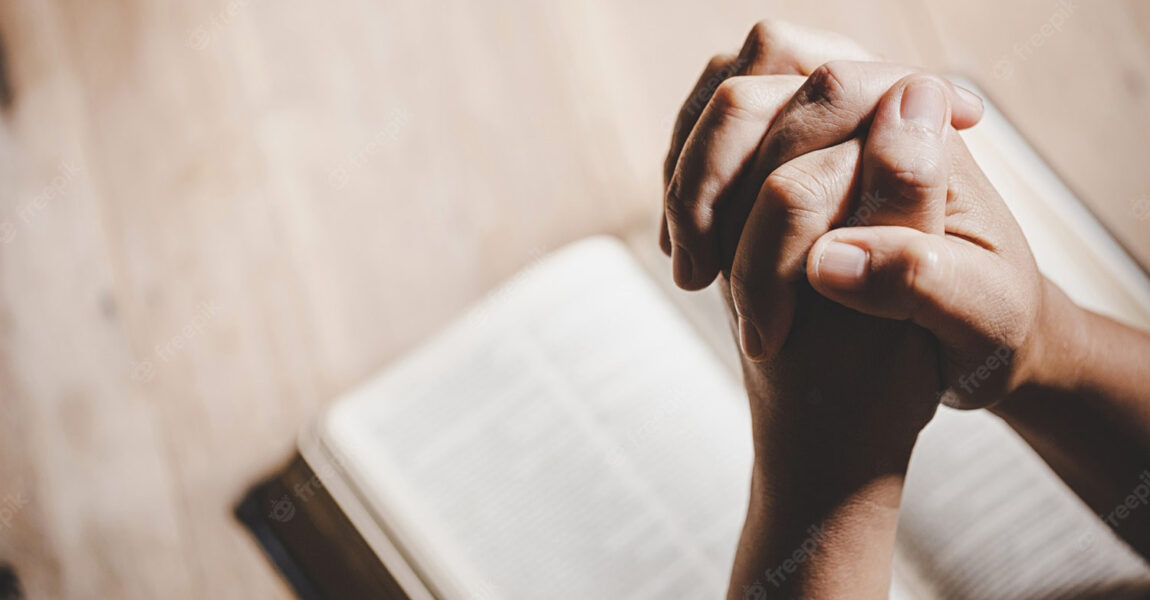 The GRA has been leading Prayer Vigils for the Runoff Campaign of Herschel Walker over the last week, and there are two more left—if you would like to participate! These Prayer Vigils are being organized and hosted by our GRA leader Sheryl Sellaway.

We believe there is power in the name of Jesus Christ—and God’s people joining together in humble submission to the Lord to ask, seek, and knock.

We welcome our fellow GRA members from across the state to join us for the two remaining 30 minute prayer meetings scheduled on Thursday, Dec. 1 and Monday, Dec. 5 at 7pm. 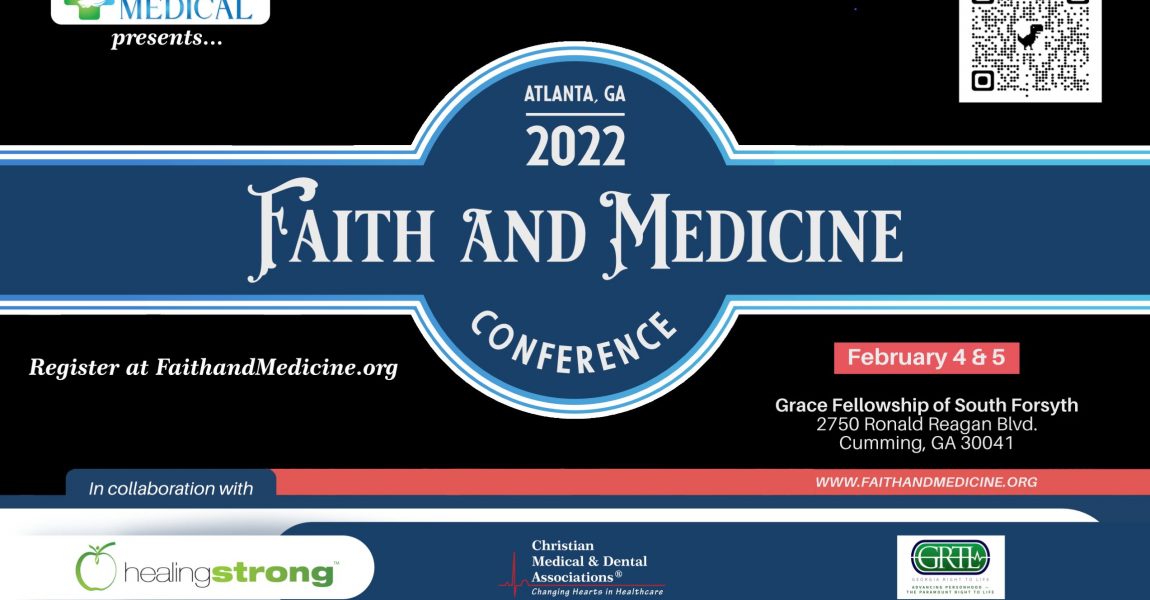 YouTube cancels one of our videos — AGAIN! Earlier this year at a medical conference held near Ronald Reagan Boulevard, we co-hosted a panel discussion “How Shall We Then Live? A Panel Discussion on the Intersection of Politics, Medicine, & Theology.” The video of the panel was one of our most watched recorded events, but this morning YouTube notified us that they had taken it down because “it violates [their] medical misinformation policy.” Thankfully, the video is still available for viewing on our Rumble account! Watch it here: 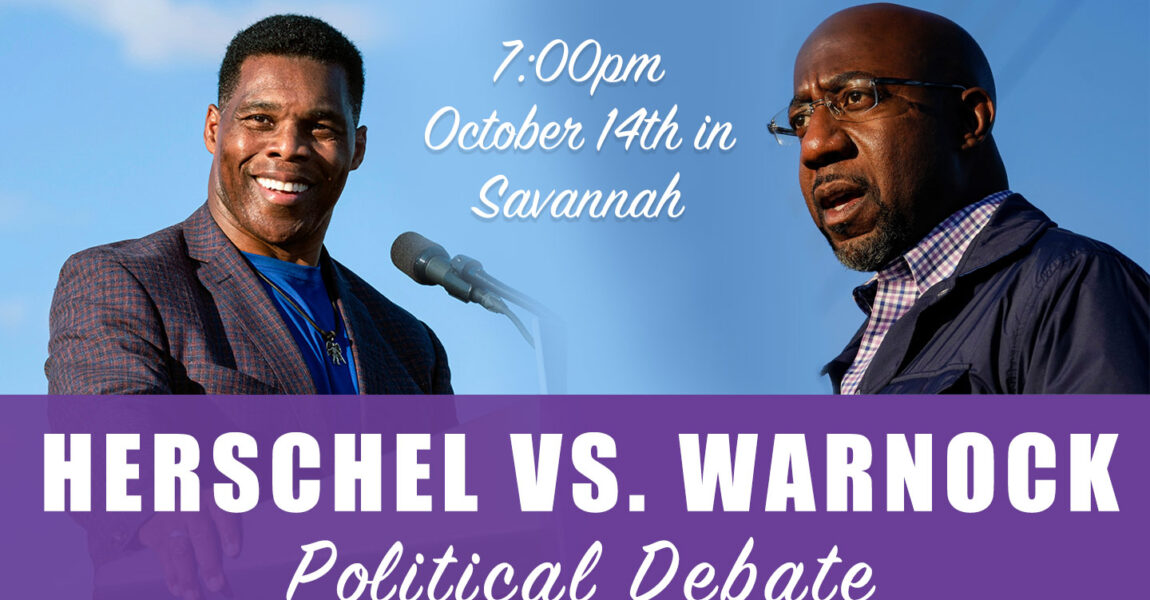 In case you missed it: We have postponed our GRA President’s Dinner until next year after Democrat U.S. Senator Raphael Warnock accepted Republican nominee Herschel Walker‘s challenge to a debate the same evening of Friday, October 14th at 7:00pm. The debate will take place in Savannah, the city where Warnock was born. Walker was born not far from there in Wrightsville, Georgia.

We want you to be able to watch this political debate live so you can be informed about which of the candidates running best represents the principles of the Republican Party. Libertarian Party nominee Chase Oliver has also qualified for the Nov. 8 general election, and we would recommend learning about his platform as well. We also realize that many of our members are activist volunteers in many campaign efforts, and we don’t want to distract from their important work.

Tune into the debate between Herschel Walker and Raphael Warnock this coming Friday evening at any of the following television networks:

In any campaign for U.S. Senate, a Republican candidate needs to appeal to strong conservatives—including fiscal conservatives! When Republicans are in control of the White House and Congress, the National Debt should be going DOWN—not up slower! When Republicans in the U.S. Senate vote to expand the size and spending of the federal government, they disenchant many conservatives who then vote third-party. If we want to win, remember the lesson of 2020 and don’t make this mistake again, Republicans!

This news chart suggests that many who would normally vote for the Republican voted third-party after seeing how the Republican U.S. Senator voted repeatedly for increased deficit spending and other fiscally irresponsible policies: 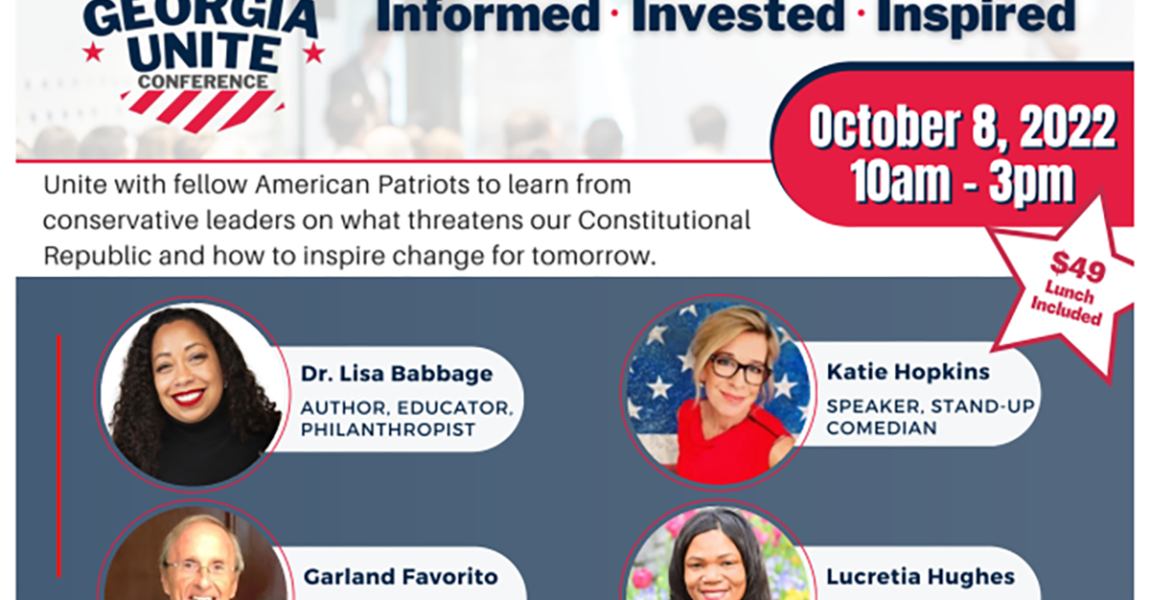 Our new North Metro Republican Assembly chapter is co-hosting a “Georgia Unite” Conference on October 8th, and they would like to invite you to come! Unite with fellow American Patriots to learn from conservative leaders on what threatens our Constitutional Republic and how to inspire change for tomorrow. Register here! 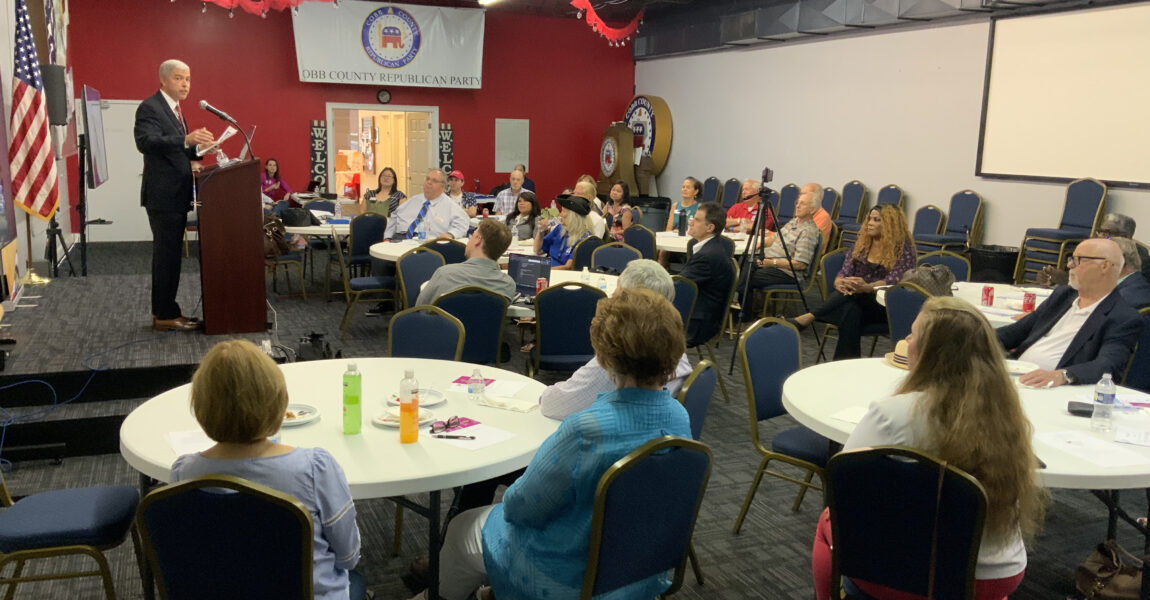 The North Metro RA chapter has just confirmed ICE Acting Director under the Trump Administration, Thomas Holman, as their keynote headliner for the 2022 Georgia Unite Conference scheduled for Oct. 8th. They are hosting it in Cherokee County at a 500 seat event facility at The Bluffs Governmental Complex in Canton. Our North Metro GRA Chapter is also planning a VIP Fundraising Dinner the evening before on Friday night.

They are also pleased to report that their newsletter is coming out this weekend to promote the event as they just confirmed our keynote headliner today.

The Georgia Unite theme centers around securing our Southern Border. Previous 6th District Congressional candidate Mallory Staples, soon to be the new Freedom Caucus Georgia Director, is serving as the MC. They are bringing multiple local conservative Patriot Groups together to rally together around securing the sovereignty of our country, otherwise have no country!

In addition, the North Metro RA created this announcement for the chapter to recruit volunteers because only four phone callers were logged into Hershel’s “Turn-out-the-Vote” phone system in all of NW Georgia last Saturday. They say “he needs our sacrificial help NOW!”

They have released this calendar of events for their chapter: 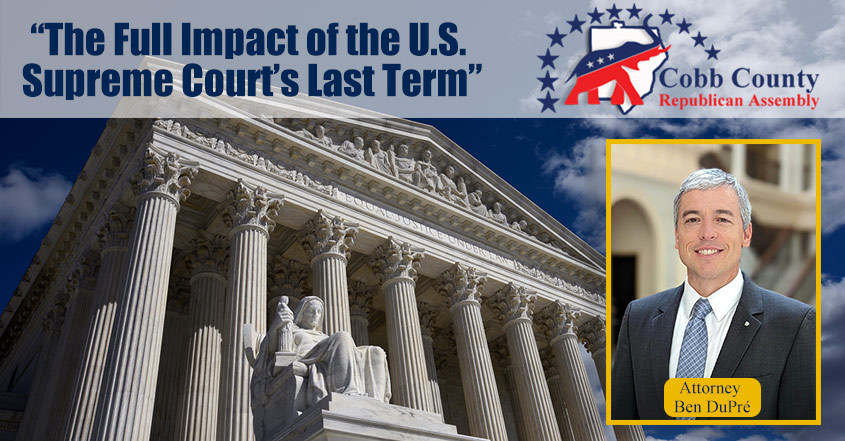 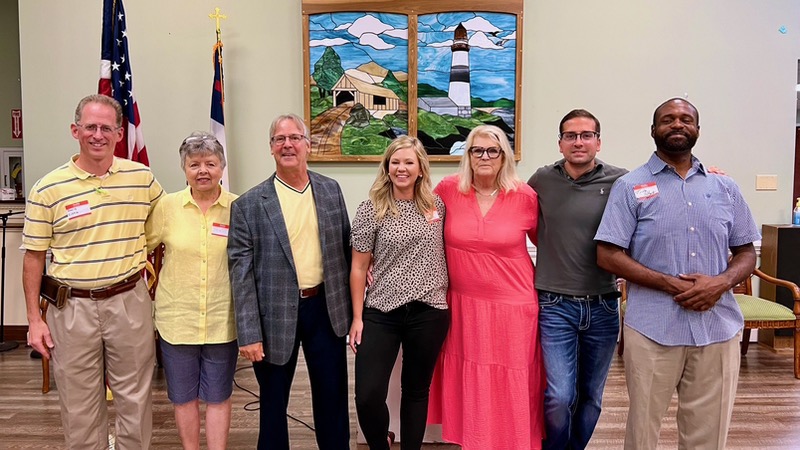