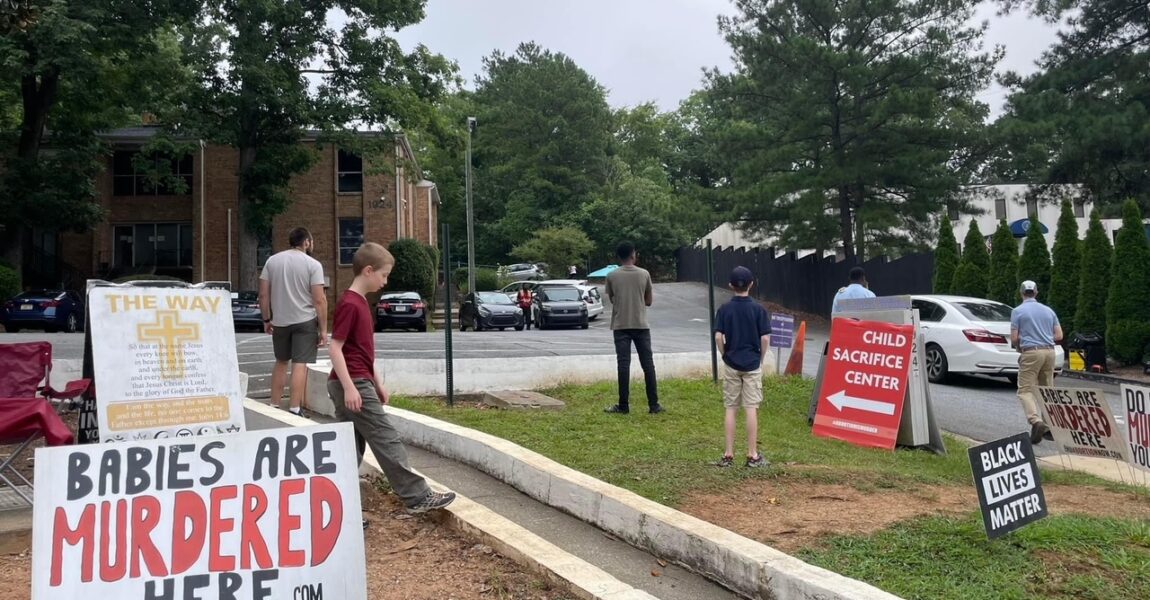 The suspected illegal elective abortions under the new incremental pro-life law come as no surprise to some activists due to the law assigning the abortionist to be the sole determiner of whether the baby has a heartbeat, ignoring the abortionist’s obvious monetary interest in committing the abortion.

“This is the quintessential example of the fox guarding the hen house, except these are human lives we are talking about,” said Nathaniel Darnell NFRA Director for the Georgia Republican Assembly. “You can’t expect an abortionist to be objective about the baby’s heartbeat when he so clearly stands to financially profit from committing the abortion.”

On July 21st, Smith shared on Facebook, “All the killing center has to do is say that none of the babies have a heart beat. Which is exactly what they told Richmond County Sheriff Deputy today.”

Steven Smith called the Sheriff’s office on July 27th to report what he believed to be a violation of the new law in Augusta, and was told an officer would come to investigate, but no one came.

Many have claimed that most women do not even know they are pregnant before six weeks and therefore predicted that Georgia’s LIFE Act also known as the ‘Heartbeat’ law would eliminate nearly all abortions instantly. This claim ignores the advancement of medical technology and the widespread availability of early detection pregnancy tests which enable women to determine they are pregnant as early as ten days after conception. It also ignores the broad exceptions in the Georgia law.

Jason Cantrell, an Atlanta abolitionist and full-time pro-life missionary said, “At the two mills I go to, there hasn’t really been a difference in volume of people coming. There have been more turn-aways though, and I’ve spoken to women who were turned away for being too far along.”

“The disappointing consequences of the compromises in Georgia’s ‘Heartbeat’ Law call for the necessity for a Personhood Amendment,” said Ricardo Davis, President of Georgia Right to Life.

“Every pre-born child deserves protection and equal justice. I am urging all Georgians to sign the petition to Governor Brian Kemp to convene a special legislative session to pass a Personhood Amendment to our State Constitution.”

A Personhood Amendment to the Georgia Constitution would explicitly define personhood as beginning at fertilization and would effectively abolish abortion immediately, because the fifth and fourteenth amendments state “no person shall be deprived of life… without due process of law.” It would also require ethical treatment of tiny human beings at an embryonic stage in laboratories and in in vitro fertilization clinics.