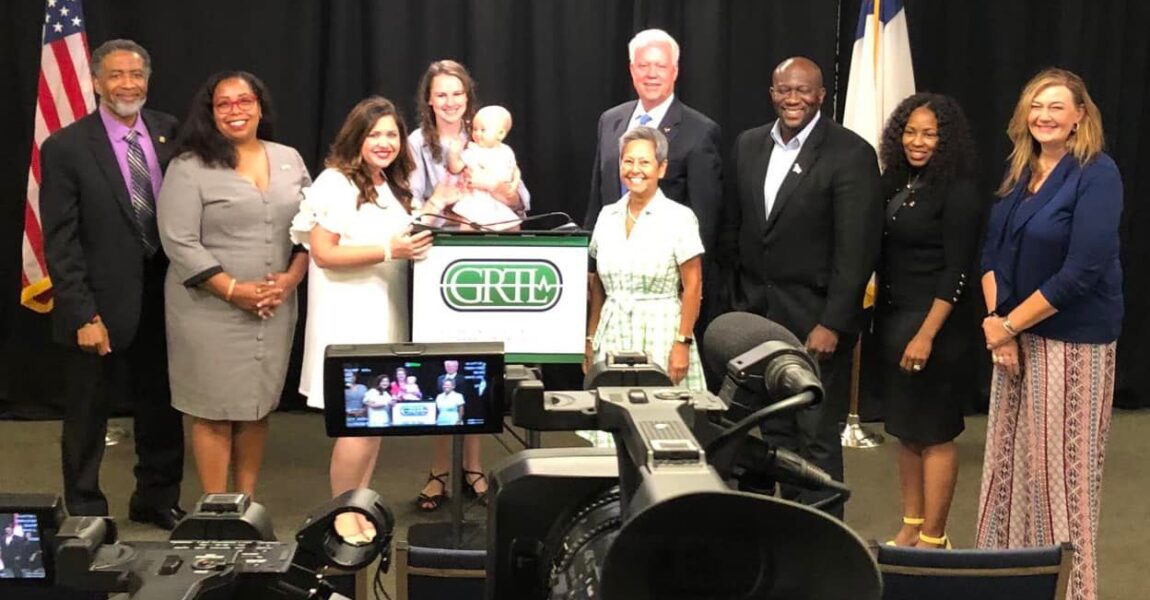 Monday morning Georgia Right to Life (GRTL) held a press conference announcing that the GRA and dozens of other pro-life organizations have joined to present a petition. We are calling on Governor Brian Kemp and Republican legislators to act now! They need to call a special session to pass a Personhood state constitutional amendment (or at the very least a statute) that will protect the lives of all the preborn!It’s time for Equal Protection under the law for all our children in the womb.

The only pro-life legislation saving the lives of any babies in Georgia right now has been the Fetal Pain Bill which GRTL proposed and successfully lobbied Republicans in the legislature to finally pass in 2012. That legislation prevents abortion after 20 weeks of pregnancy, and, as it was proposed to the legislature, had no “but you can murder the baby this other way” type language. (Establishment Republicans dropped in one vague exception into the bill during the last-minute mad rush of Sine Die in 2012, which GRTL did not approve of nor endorse, and in fact warned could open up the door to eugenics, especially if further expanded.)

Since that bill was passed, however, as a part of Speaker Ralston and other Atlanta Establishment Republican’s efforts to insulate themselves from accountability and consolidate power, they have helped to create a number of pseudo-conservative organizations with a presence at the state capitol— to serve as their “controlled opposition.” These organizations work to provide cover for Republicans to make them look more conservative to the voters back home even when they vote like Democrats.

These pseudo-prolife groups pushed for the State House in 2019 to water-down the Heartbeat Bill, they alleged, in order to win the support of wishy-washy so-called “moderate” Republicans such as State Rep. Sharon Cooper (R-Cobb), who every year earns a vote scorecard between a “D” and an “F“(high of 45% & low of 38%). In spite of these concessions, Cooper still refused to vote in favor of the Heartbeat Bill along with four other Republicans. One Democrat voted for it, but not these five Republicans.

Of course, more than one of these pseudo-conservative groups have had the audacity to call Sharon Cooper a great champion for the pro-life cause!

As a result of these failed attempts to appease these RINOs, the Heartbeat Bill has a number of unnecessary flaws. First, it does not protect preborn children prior to six weeks gestation. Second, it contains a massive loophole by relying on the medical personnel who could have a monetary interest in murdering the baby to be the sole determiner of whether there is a heartbeat. Third, babies with detectable beating hearts may still be murdered if they were conceived in rape, have a “fetal abnormality” such as Down syndrome, or if the doctor believes intentionally murdering the baby is necessary to treat a complication involving the mother’s well being.

But perhaps the worst part about the Heartbeat Bill is that it asserts that the baby is a human person from the moment of conception, while simultaneously asserting it is okay for someone to murder that child under various circumstances before a doctor admits he heard the child’s heartbeat. One cannot win hearts and minds over to our cause with such a hypocritical—such an internally inconsistent position.

The Heartbeat Bill has not been enforced for even one single day over the last nearly four years!

We’ve given them plenty of time to do something with the bill, but not a single baby’s life has been saved by this highly-touted bill. It’s time for Republicans to prove that they really believe life begins “at fertilization”—as is spelled out in the Georgia Republican Party Platform!

We need to provide Equal Protection under the law for every child from the moment of conception without exception. Once again in Georgia it should be a crime. Criminal investigations would still be conducted in accordance with all Due Process addressed in the Bill of Rights, such as the 4th Amendment privacy protections against warrantless searches and seizures not supported by probable cause, and such as the right to a trial by jury. But murder is murder.