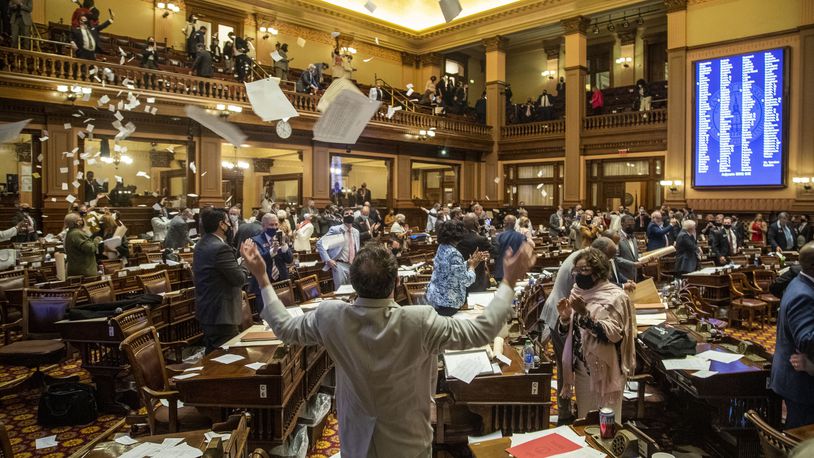 What’s wrong with H.B. 1013? A lot.
According to multiple reports we have received, these are some of the impacts this legislation would have:

1) Seven areas of the GA code will be changed to align with WHO, the World Health Organization. How has that worked for us with COVID? The UN does not need to be in charge of our mental health.
2) Taxpayers will be required to carry mental health and addiction insurance. Pedophilia will be considered a “disorder” and not a crime. If charged the person will receive mental health therapy. Churches will not be exempt. Will your children be safer?
3) Gender reassignment surgery will also fall under mental health requirements and taxpayers will be required to pay and churches will not be exempt.
4) Many criminals will avoid prison and be labeled with mental health disorders. Again, they will receive mental health therapy. Parents know that this is SEL packaged under the guise of mental health.
5) Mental Health and SEL, Social Emotional Learning, are both behavioral and parents are the only ones that have the authority and responsibility for their child’s mental health. Mental Health is not Mental Illness.
6) Universal mental health screenings will be required on both adults and children. This is already taking place in our schools without parents’ knowledge (open the attached document to read more).
7) You would not be allowed to own a gun if you are labeled with a mental health issue under this legislation. This is known as a “red flag law.” Mental health data will be collected on everyone. Add that to all the SEL data being collected and WHO will control us through our state and federal governments.
This bill is so vast and vague. We will all be under the care of the state and the federal government.
H.B. 1013 means Georgia taxpayers will have to pay for gender reassignment surgery and counseling for pedophiles (churches are not exempt), plus MUCH, MUCH MORE. Be sure to call your State Senator today and urge them to vote against H.B. 1013!