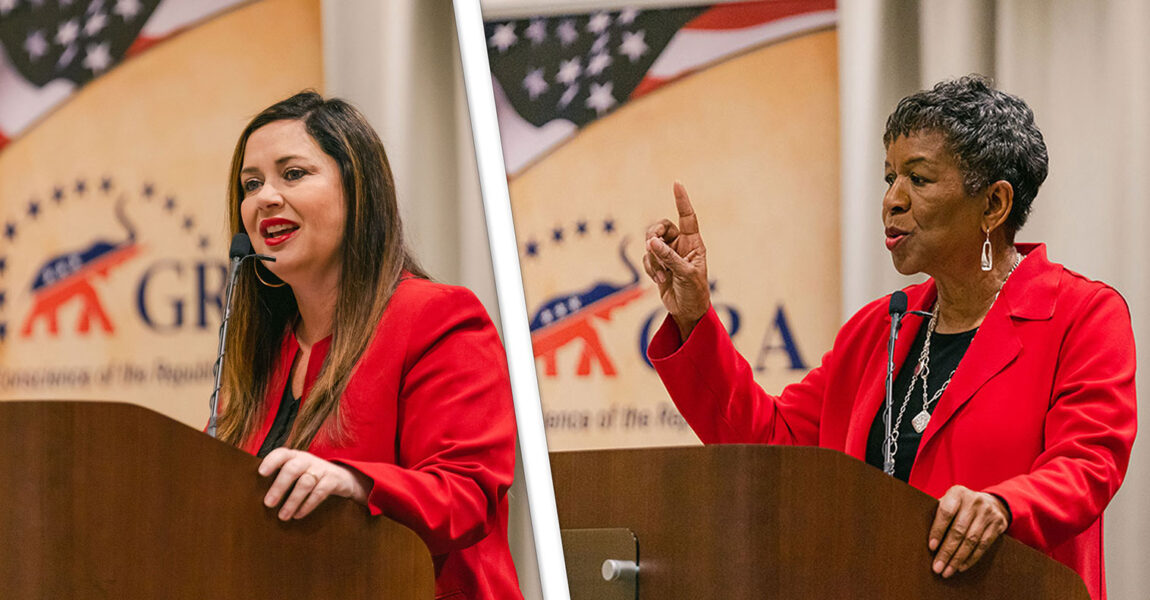 The Georgia Republican Assembly urges the inclusion of Kandiss Taylor & Catherine Davis in the upcoming gubernatorial debates that are being hosted by WSB and Gray Television.

A recent poll from the respected polling firm Landmark Communications has Taylor at 10% which has been more than enough in the past for inclusion in primary debates. Catherine Davis recently scored 5% in an Emerson poll and deserves inclusion as well.

If the Republicans are to win in November we need to avoid unnecessarily antagonizing the tens of thousands of voters and activists who support Kandiss Taylor and Catherine Davis. They deserve the chance to make their cases to the voters.

Therefore, the Georgia Republican Assembly urges the inclusion of Kandiss Taylor and Catherine Davis in any primary debates held for Governor.

The debates will be hosted by WSB-TV, Nexstar Media Group, Gray Television, and the Atlanta Press Club in partnership with Georgia Public Broadcasting.

The debates are an April 24th showdown hosted by WSB-TV, an April 28th debate hosted by WTOC/Gray TV, and a May 1 face off hosted by the Atlanta Press Club and Georgia Public Broadcasting.