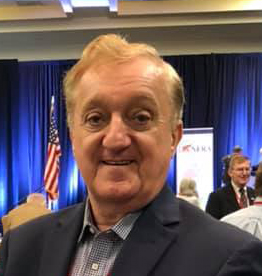 Frank Molesky serves as the NFRA Southeastern Regional Director and lives in Cobb County, Georgia. He also previously served as the third President of the Cobb County Republican Assembly chapter, succeeding Debra Williams, before turning that position over to Debbie Fisher. Frank Molesky served for a term as the 3rd Vice President of the GRA until he was elected as the new Southeastern NFRA Director in the autumn of 2019. Retired now after a successful career as financial advisor for many years, Frank has been active in the Republican Party and in the Republican Assembly all the way back since the 1964 Republican National Convention from California. He loves to travel.