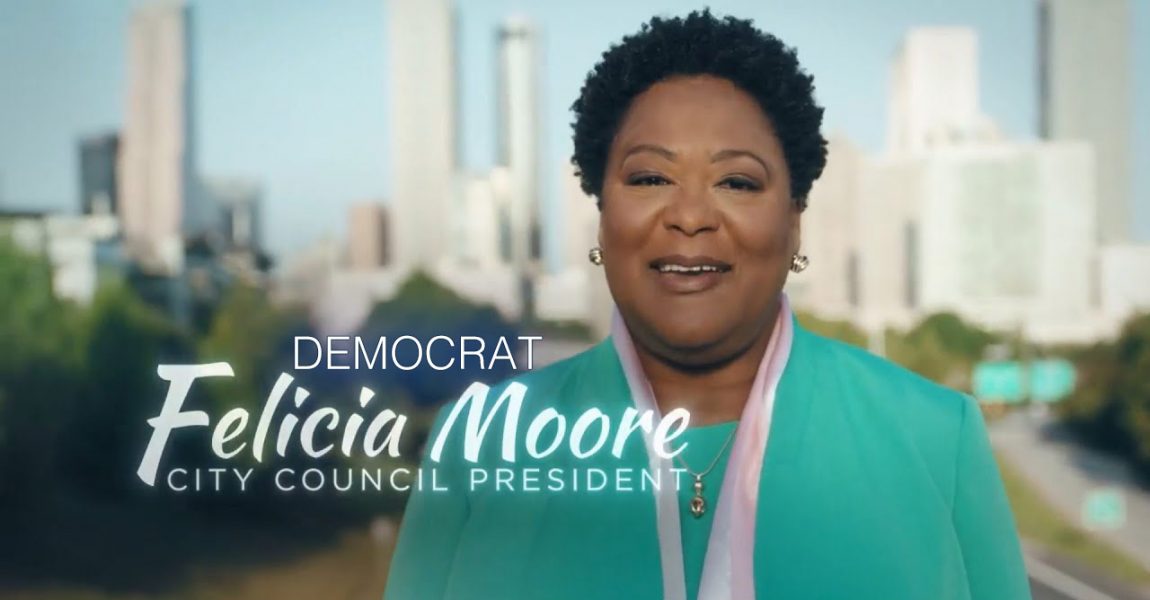 The GRA Calls Out Fulton GOP for Fundraising for Atlanta Democrat

“Fulton County GOP corruption strikes again!” The Georgia Republican Assembly has joined with voices of other concerned Republican political activists in metro-Atlanta by expressing their shock and displeasure at yet another new antic of the Fulton GOP.

The Fulton County Republican Party posted on their official Fulton County GOP web site, which is paid for with donations to the Fulton GOP, a brochure advertising a fundraiser for Democrat Atlanta City Council President Felicia Moore. Moore is running for Mayor of Atlanta.

“ii. Conduct detrimental to the party.”

“iii. Any public support, including financial support, of any candidate or nominee of an opposition party …”

The Rules of the Eleventh District Republican Committee, § 2.07 (b).

Holding a fundraiser for a candidate who is currently serving in office as a Democrat seems to be conduct “detrimental to the party.”

Members of the Fulton GOP who defended the actions of its officers argued that because Felicia Moore is running for Mayor of Atlanta, and the mayoral race is non-partisan, the rules of the party were not violated. We beg to differ. Both the letter and definitely the spirit of the rules are clearly violated.

Unlike some of the nitpickiness about rules that has been scattered lately in various GAGOP controversies on social media, this is a violation that strikes at the heart of why we have separate party organizations.

The response from those trying to justify the fundraiser also illustrates the disconnect within the group we call “the Establishment,” who care only about political power (rather than the Republican principles) in the Atlanta “swamp”:

Felicia Moore is currently holding office as a Democrat. Whether the particular office she is now running for is partisan or not, we know from the candidate’s political identification, current partisan office, track record, and worldview what the policies are she is going to promote if elected to new office! She is not going to be promoting policies that are consistent with Republican principles; she will be promoting Democrat policies. She will work to advance the Democrat Party in Fulton and squelch the Republican candidates in Fulton. No wonder then there was so many reports of election fraud coming from Fulton last year!

“[E]lecting Democrats (even if they’re calling themselves non-partisan),” wrote GRA President Alex Johnson, “simply helps them [the Democrats] with fundraising and name ID. So then they can donate money to other Democrats (like Stacey Abrams) and their endorsement may sway others. It also gives them a perceived platform to advertise their brand (Democrat governance).”

“The GOP is a brand and a team,” Alex said. “As a brand, imagine it/your brand as Coca-Cola. Does Coca-Cola host events and then serve Pepsi at them, or suggest that people try out Pepsi products? No. What about having Pepsi and Coke both available, but just without labels on them? No again.”

“The Democrat Party,” GRA NFRA Director Nathaniel Darnell added, “stands for agendas that are immoral. Things like murdering the helpless and stealing from others. What Republican doesn’t acknowledge that murder and stealing are evil? Anyone who is a part of that becomes an accessory to that kind of evil activity. How can we in good conscience provide any kind of promotion to political candidates who are part of a party working to advance these kinds of evil statist activities?”

Furthermore, multiple Fulton activists have pointed out that there were one or two candidates who were Republicans also running for Mayor of Atlanta. Devonta “Sully” Sullivan was one candidate running who is reported to be a Republican, but the Fulton GOP and its officers are not throwing support behind any of them, nor are they seeking to recruit any better Republican candidate to run. With moments like this, we find ourselves wondering why the Fulton GOP thinks they exist. “With Republicans like you, who needs Democrats?”

The Cobb County chapter of the GRA initially posted on social media about this issue when the story first broke on Saturday, October 9th. The fundraiser was held on Friday, October 8th.

On October 22nd the Buckhead Young Republicans announced they are following the example of their elder peers and also hosting an event to promote an Atlanta Democrat running for Mayor. However, the Buckhead YRs would be giving attention to Felicia Moore’s opponent, the former incumbent Atlanta Mayor Kasim Reed. One significant difference between the events, however, is that the Fulton GOP event was specifically described as a fundraiser, while the Buckhead YR event appears listed as only a candidate speaking forum. Since the Fulton GOP has already made clear that they regard this race as an “anything goes” because the candidates are “non-partisan,” it appears they have no basis to complain against their youthful counterparts supporting this opponent to their preferred candidate.