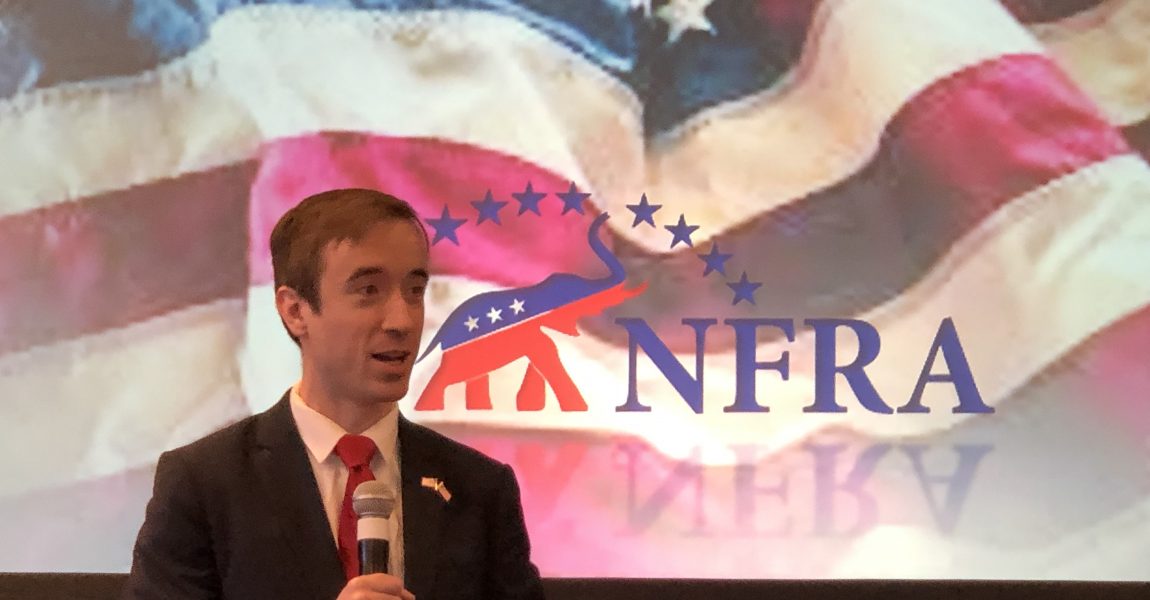 Scottsdale, Arizona—Over the weekend, Republican Assembly leaders and delegates from all over the country met for the National Federation of Republican Assemblies (NFRA) Convention. Attendees heard from elected officials such as House Freedom Caucus Chairman Congressman Andy Biggs (R-AZ), candidates such as Mark Finchem for Arizona Secretary of State, and spokesmen and educators such as Charlie Kirk with Turning Point USA.

On the final day of the convention, participating members of the NFRA Board voted to elect a new President for the national organization. Mr. Willes Lee (originally from Hawaii, but more recently moved to Virgina) has served as the NFRA President for the last four years, and has been a noted board member as well of the National Rifle Association (NRA).

When the tally of the ballots was reported, the Georgia Republican Assembly’s President Alex Johnson was announced to have won the election. GRA NFRA Directors Debra Williams and Nathaniel Darnell were both present to vote for Alex, who won by three votes. In addition to working as an attorney from DeKalb, Alex has helped to revitalize and rebuild the GRA over the last six years.

In addition, GRA member James Jordan, CPA was elected as the NFRA Treasurer when his opponent decided to drop out of the race at the last moment.

“The NFRA will now become the organization it is meant to be,” said GRA NFRA Director Debra Williams. “Look forward to see great things happen!”

“Alex has built a great team, set a fine example, and spear-headed relentlessly over the last several years to build the GRA,” said GRA NFRA Director Nathaniel Darnell. “We know he’ll do a great job taking that same success to the national Republican Assembly organization.”